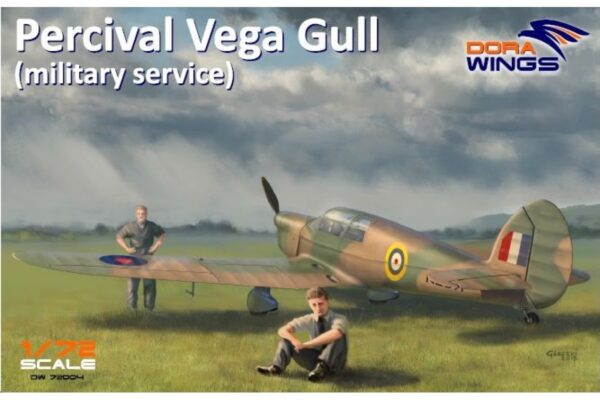 The Percival Vega Gull was a 1930s British, four-seater touring aircraft built by Percival Aircraft Limited. It was a single-engine, low-wing (Folding), wood-and-fabric monoplane with a fixed tailwheel undercarriage.

A Vega Gull named “Messenger” was used by Beryl Markham on her transatlantic flight 4–5 September 1936, the first solo east-to-west crossing by a woman.

There are no reviews yet.